Sharing a Thought About Sharing 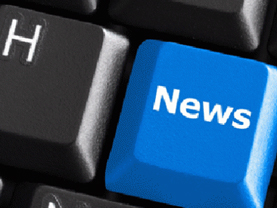 Sharing a Thought About Sharing

My favorite daily marketing e-newsletter… the eMarketer Daily recently (full disclosure, eMarketer as a client does not hurt their “favorite”status) published findings  that reveal just how important it is to include social media plugins on your news and blog items.

A little more than half of websites are using a share button (see the bottom of this blog for an example), up only slightly from 2010.

So make sure you put the “share” button on your blog for increased traffic! Don’t have a blog? Drop me an email and let’s talk about how blogs are the most effective, affordable method for Search Engine Optimization available.

The Think Agency is comprised of a group of extremely entrepreneurial, experienced, and dedicated professionals. With a proven track record of serving high-profile brands in the region, Think develops strategies and implements solutions that maximize the performance of your marketing efforts.